How AI can help #BreaktheBias in the Workplace 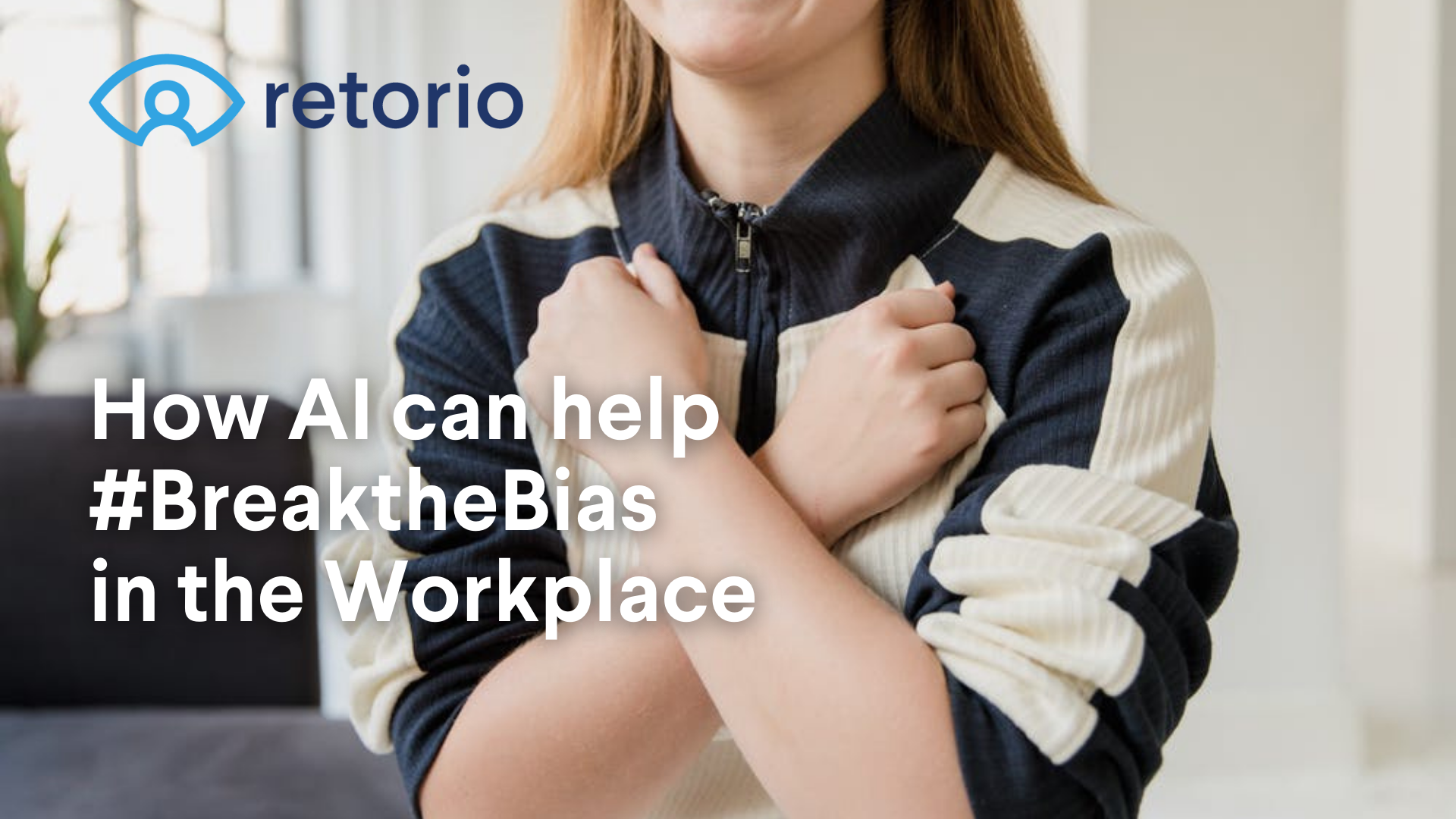 There has never been a more important time to assess the future of women in the workplace, and the actions required to create a sustainable, long-term change. In honor of International Women’s Day on March 8, 2022, Retorio has joined this year’s campaign theme of #BreaktheBias in asking the world to call out biases against women within the working environment, at school, and at home. This campaign also highlights the individual and collective predispositions that society has formed against women.

So how does Retorio’s AI video approach help #BreaktheBias not only today but every day? For years, bias in the hiring process has been a hot topic of discussion. Companies are recognizing their responsibility to eliminate workplace discrimination and bias, as well as the impact it creates on team productivity and performance.

Moreover, due to workplace diversity and inclusion being frequently framed as a challenge that companies need to tackle, hiring managers and recruiters are increasingly focusing their assessments on unbiased decision-making. Therefore, by #BreakingtheBias, the discrimination that women often face in the workplace can be significantly reduced.

How does gender bias affect hiring?

The tendency to favor an applicant due to gender bias in recruiting is a significant problem that can affect all stages of the recruitment process. This is categorized as unconscious bias, also known as implicit bias, is the preferences and prejudices that we aren’t always aware of. These prejudices are typically inherited from upbringing, and are not always apparent in our daily interactions with others. They can, however, influence our decisions regarding who we choose to surround ourselves with. Everyone has unconscious bias, and many hiring panels may inadvertently tilt towards selecting - or not hiring - individuals based on those preconceptions.  Thus, gender, ethnicity,  sexuality, religion, culture, etc., affect our evaluations of others and create the foundation of our interactions with individuals and the world at large.

According to a study conducted by McKinsey & Company, for every 100 men that are hired and promoted, only 72 women are hired and promoted. 73% of these women experience bias at work. One example of such bias is revealed in Malcolm Gladwell’s book Blink where 58% of Fortune 500 CEOs stand above 6 feet tall. Given that 14.5% of males and just 1% of women are above 6 feet tall, this is an interesting finding. This suggests that there is an inherent bias in leadership hierarchies, in which people are naturally drawn to hire and reward those who are similar to themselves, hence where unconscious biases slip in. This bias can inform the decisions we make about the people with who we decide to surround ourselves. However, in the search for a more diverse workforce, there is a widespread recognition that these biases must not continue, especially as the use of AI to aid with screening and recruiting continues to grow.

As a matter of fact, AI is already being used to recruit talent in 24% of firms, with 56% of managers planning to adopt this technology within the next year. By providing consistency to the recruiting process, machine technology may be able to assist human decision-makers in dodging their own preconceptions. Artificial Intelligence (AI) can eliminate the concept of human preference in screening and replace it with anonymous data sets based strongly on the candidate’s aptitude and competency. In other words, technology can replace the fear of difference, which is often the source of implicit or unconscious bias, and replaced it with logic and facts. It is more relevant to focus on a candidate’s talents and acquisitions, keeping in mind that these are the factors that should be prioritized when thinking about advancing the company.

The benefit of feedback on company culture

Another aspect of biases that women often face in the workplace is the distribution of feedback. A study stated that 66% of women’s performance reviews contained negative personality feedback by being “too abrasive” for example, as compared to only 1% of men’s reviews. Thus, women tend to receive rather bigoted feedback that does not include useful details about their areas of strengths in a workplace or what could help them to advance.

Wouldn’t you want to know more about how a firm perceives you and what potentially motivates and demotivates you in the workplace?

The feedback on how one is being perceived by others is a useful tool that many overlook. By providing unbiased feedback generated by an AI video, Retorio allows the candidate to gain an opportunity for self-development whether they land the job or not. By using the popular Big 5 model, Retorio’s AI video feedback allows the candidates to learn more about their work personalities in terms of extraversion, agreeableness, openness, conscientiousness, and neuroticism. Furthermore, the feedback can help the candidate feel more connected to the company and can encourage them to speak up and go the extra mile at work. This naturally boosts organizational performance which leads to increased employee trust, happiness, and engagement. Therefore, being able to provide positive and corrective feedback fosters a growth mindset for everyone in the company.

How can Retorio’s AI Video help #BreaktheBias in the workplace?

As we have seen, humans can only make a limited number of decisions before our unconscious bias takes over. Several studies have revealed how an employer’s conscious or unconscious biases slip in while reviewing resumes, resulting in an unequal playing field that disproportionately disadvantages women and minority job candidates. Fortunately, Retorio has an answer to a problem that will help people take the first steps in breaking biases: Our AI video can be a start, supporter, and enabler throughout the process.

By using Retorio’s AI video based on the Big 5 Personality model as a hiring tool, recruitment teams can begin to make unbiased decisions. Retorio’s product assesses candidates according to the specific role’s target profile through a quick video assessment that interprets behavioral cues such as the candidate’s facial expressions, hand gestures, tone of voice, and language. This recruitment tool ensures that gender, age, skin color, ethnicity, or culture are not factors that will impact the likely hood of the candidate landing the job. The only factors that are within the applicant’s control are included in the video result. Retorio has used millions of data points to train our AI, which includes people from all walks of life. While humans are prone to biases and stereotypes, Retorio’s AI guarantees favorable and fair talent selections.

In the twenty-first century, AI has the potential to reshape communities and economies by replacing human biases with computer-based logic, which will help eliminate the concept of gender preference in screening. Gender biases would be replaced with anonymous data sets based strongly on the candidate’s aptitude and competency. In other words, technology has the powerful ability to eliminate the fear of difference, which is a common source of implicit or unconscious bias. Thus, by implementing an unbiased recruitment tool into your hiring process, managers and recruitment teams will be more likely to present data to demonstrate whether a candidate matches the expectations by basing applicants purely on the role’s specific goals or criteria for success. 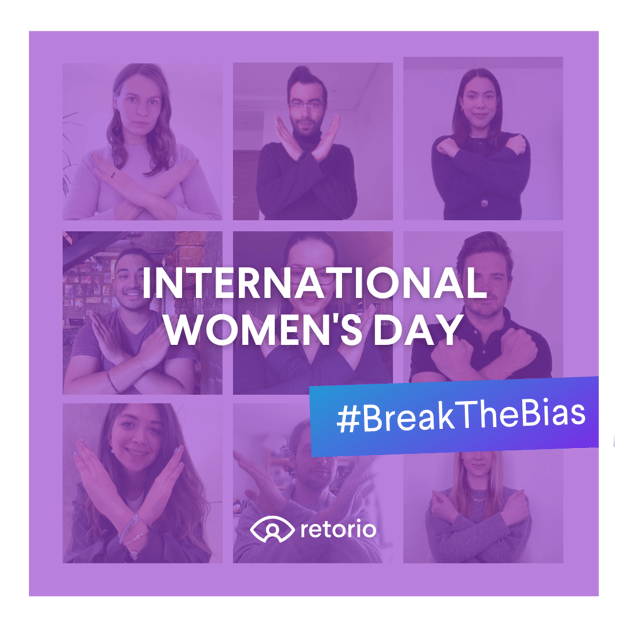 Want to learn more about how Retorio' AI video selectively screens candidates without allowing bias to get in the way? Click on the button below!

What is Soft Skill Training and Why is it so Essential?