How Humans Detect Emotions in Faces? As a recruiter, you understand that without pre-employment tests, evaluating a candidate's entire career on two sides of a piece of paper is impractical. Despite this, resumes are the first thing managers look for when evaluating applicants to find a good fit.

In the applicant selection process, pre-employment testing has been generally accepted. The real benefit is in weeding out those candidates who have a very slim chance of landing a job from those who will almost certainly succeed.

Although there are already different types of pre-employment tests and companies that practice emotion and personality trait detection, is AI software for detecting emotions going to give employment managers the perfect answer? Will AI work as well as they hope?

What Are Pre-Employment Tests?

All professionally designed, well-validated pre-employment tests have one thing in common: they are quick and accurate to learn about a candidate's abilities and personality traits.

Pre-employment tests, depending on the type of test used, may provide helpful information about a job applicant's ability to succeed in the workplace.

In recent years, pre-employment tests have grown in popularity to filter and manage broad applicant pools; they have even improved job performance. The Internet has made it easier than ever for job seekers to apply for jobs; according to one survey, every corporate job opening receives an average of 250 resumes. Some work seekers, dubbed "resume spammers," send out mass email blasts with their resumes, disregarding needed credentials or job fit.

With candidates spending just 76 seconds on average reading each work description, it's no surprise that recruiters say that more than half of job applicants do not meet the job's basic requirements. As a result, most HR professionals lack the time and resources to carefully review each candidate's application, with recruiters currently taking just 6.25 seconds on average reading each resume.

Companies of all sizes can better manage the large pool of applicants applying for open positions by incorporating pre-employment tests into the applicant selection process. Although technology may be to blame for the rise in applications, it also offers a solution by making pre-employment testing far easier to incorporate into the hiring process. While personality tests are becoming more common among HR professionals, there are still some misunderstandings about what they are and how they should use them.

Personality tests are designed to address the following questions by a hiring manager: Will the applicant be happy in this position? Is the candidate displaying the behavioral characteristics that have been related to job success? There are no correct or wrong responses on personality tests, unlike aptitude tests. Instead, these measures assess the degree to which people have behavioral characteristics that are relatively stable over time.

Workplace outcomes such as interpersonal success, communication and cooperation, inspiration, and decision-making are linked to emotional intelligence. An integrity test is a pre-employment test that will measure an applicant's propensity for being truthful, trustworthy, and dependable. Theft, aggression, sabotage, disciplinary issues, and absenteeism are all examples of counterproductive traits associated with a lack of honesty. Integrity tests have been found to assess some of the same traits as traditional personality tests, including conscientiousness and possibly some forms of emotional maturity and agreeableness.

Skills assessments assess job-related abilities, such as visual, arithmetic, communication, and more specific skills such as typing and computer skills are also considered in pre-employment tests. These are skills that applicants have gained through their schooling and work experiences; they do not inherently represent basic aptitude but instead acquired knowledge – what the applicant already knows how to do based on prior experience.

Interviewers also pay attention to emotions on applicant’s faces in the Question and Answer Sessions. It is believed that emotions tell a better story than what is said; most of this is handled by software for recognizing emotions in faces.

A good number of arguments are raised at Nature as to why this is not a very good idea just yet.

Decoding emotions is at the core of a controversial training program designed by a US Psychologist, Paul Ekman, for the US Transportation Security Administration (TSA) and introduced in 2007. The program, called SPOT (Screening Passengers by Observation Techniques), was created to teach TSA personnel how to monitor passengers for dozens of potentially suspicious signs indicating stress, deception, or fear. But it has been widely criticized by scientists, members of the US Congress, and organizations such as the American Civil Liberties Union for being inaccurate and racially biased.

Facial expressions are extremely difficult to interpret, even for people, says Aleix Martinez, who researches the topic at the Ohio State University in Columbus. He says that with that in mind, and given the trend towards automation, “we should be very concerned”.

Such concerns haven’t stopped leading tech companies running with the idea that emotions can be detected readily, and some firms have created software to do just that. The systems are being trialed or marketed to assess job candidates' suitability, detecting lies, making adverts more alluring, and diagnosing disorders from dementia to depression. Estimates place the industry’s value at tens of billions of dollars. Tech giants, including Microsoft, IBM, and Amazon, and more specialist companies such as Affectiva in Boston, Massachusetts, and NeuroData Lab in Miami, Florida, all offer algorithms designed to detect a person’s emotions from their face.

With researchers still wrangling over whether people can produce or perceive emotional expressions with fidelity, many in the field think efforts to get computers to do it automatically are premature — especially when the technology could have damaging repercussions. The AI Now Institute, a research center at New York University, has even called for a ban on the use of emotion-recognition technology in sensitive situations, such as recruitment or law enforcement.

“There are always two sides to every story, and this is no different”, Denise Leaser, President at talent assessment solutions provider, WebAssess. She believes AI-driven talent predictions can provide employers with valuable decision support. She says, “A good assessment system is science-based and has predictive validity behind it to ensure you will get the results you need. Pre-hire assessments can save thousands of dollars per headcount in turnover costs, not including the higher cost of employing poor performers. And HR tools using AI add a whole new level of screening. With AI, you can compare a candidate against an ideal, model employee. AI tools can also analyze the tone of people’s writing to add additional insights into people’s personalities and motivations that screeners can’t see on paper.” 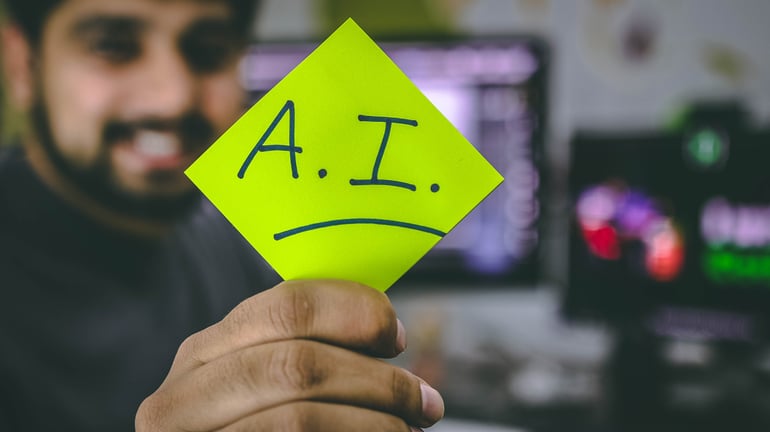 Impact of AI in Other Industries

Artificial intelligence (AI) will eventually be used in every industry on the planet. The following are some of the sectors that AI is currently transforming:

In the energy sector, companies use AI to search through large datasets to forecast and adjust to particular scenarios. Increased automation, decreased downtime, optimized asset management, identified efficiencies, and improved operational efficiency are some of the ways to minimize operational costs and proactively mitigate issues.

In healthcare, machine learning can help with data-driven data, such as analyzing MRI scans and identifying early stages of disease or cancer. One of AI's most significant advantages is its ability to sift through vast volumes of data in record time, allowing researchers to concentrate on specific areas of study. For example, a recent breakthrough on Amyotrophic Lateral Sclerosis (ALS) was made possible by a collaboration between Barrow Neurological Institute and IBM Watson Health, an artificial intelligence company.

IBM Watson, an artificial intelligence computer, combed through thousands of research papers to find new genes related to ALS. Another promising application of AI in healthcare is its ability to predict drug treatment outcomes. Patients with cancer, for example, are often given the same medication and then tested to see how successful it is. Scientists could use AI to predict which patients will benefit from using a specific medication based on data, saving time and money while offering a highly personalized approach.

On the patient side, an AI-driven healthcare system could alleviate some of the strains on a system struggling to keep up with ever-increasing and changing demand. Patients would be able to make better clinical choices, detect illness and other health problems sooner, prevent costly treatments, and live longer due to having access to this technology.

AI practically covers anything, from a Google search to self-driving vehicles. Netflix, for example, is always in a position where they have to give consumers what they want by gathering a vast amount of customer data, letting them know what shows you enjoy, where you watch them, when you pause, rewind, and more, all in real-time.

Netflix's assessment is an example of a decision made based on knowledge assessments from their 30 million global subscribers. They discovered that people enjoy the British version of House of Cards, David Fincher films, and Kevin Spacey films after running the numbers through their reliable AI technology. They decided based on this knowledge, and as a result, they purchased House of Cards.

Procurement Analytics Software has been used by procurement agencies to make the most of big data. Artificial intelligence software will assist the procurement business in overcoming significant challenges such as supplier risk analysis, exchange rate tracking, price comparisons, supply chain risk management, and seeking the best value without sacrificing quality. Some of the advantages of AI are tied to the fact that businesses could save a lot of money if purchasing decisions are made faster.

No matter what business/position you're in, AI has a lot of promise. Machine learning and rule-based analysis will help find ways to increase productivity, cut costs, and improve working conditions. When more and more aspects of our lives and jobs produce massive quantities of data, AI will inevitably contextualize the data and draw valuable insights, helping businesses to make better decisions and increase their bottom line.

Pre-employment tests ensure you always get staff who will deliver on the job with the right performance, the outcome of personality traits, drug testing, job skills, integrity tests, and other test results of the job applicants/ job candidates are discovered in this process/assessments.

AI in other sectors is reliable as it meets and sometimes beats expectations but incorporating AI into detecting emotions is an idea still at its formation stage; while we are waiting for that, it is best to work with companies with years of experience in evaluating emotions. 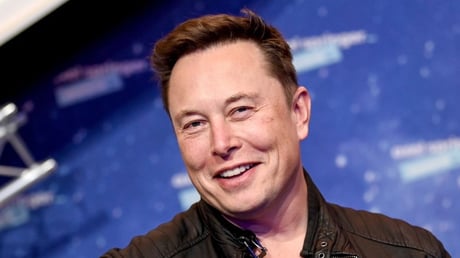 Want to Lead Your Sales Team? Adapt Your Communication Style