The New York Times calls it a “universal phenomenon”. When it occurs, women must often gather ample willpower not to be combative, roll their eyes, or in general show an *gasp* emotional reaction. So, what is the prevalent experience that women experience twice as much as men? Being cut off in a conversation, or the “manterruption”. One study shows when men were talking with women they interrupt 33% more often than with men. Research reveals that this phenomenon is widespread, from casual conversation, decision making, corporate offices, the United States Senate, and job interviews.

With increasing gender diversity on teams, this is a counterproductive habit. Women in leadership roles is a strategy to grow a healthy company. For example, the stocks of the twelve F500 companies with female CEOs rose an average of 50% in 2009, compared to 25% for the S&P 500. And yes, this was during one of the most historic financial meltdowns in history.

But to attain those positions, women need to nail the interview---and learn how to navigate around any interview "manterruption".

With it so ubiquitous, why does this happen?

One foundational piece of information is that both genders possess different motivators when they speak. According to the world-renowned gender communication expert Deborah Tannen, men speak to determine and achieve power and status. Women talk to determine and achieve connection. Since speaking is considered an issue of power, men believe in speaking up more in general. As speaking is used to communicate to foster connection, disrupting would seem disrespectful to women----and quite apparent that a person does not want to connect.

Men do specifically interrupt women more often than men. One study found that men interrupted their female conversational partners 2.1X during a three-minute conversation. When men were speaking with other men, the frequency dropped to 1.8. The study found that women rarely interrupted their male counterpart, with an average of once in a three-minute dialogue.

Most of the time, men unknowingly interrupt. This is a byproduct of unconscious bias or cultural conditioning. They often genuinely want to hear what women have to say, but they may unwittingly be poor conversationalists.

So, what can women do to foster connection and communicate her knowledge when being cut off? 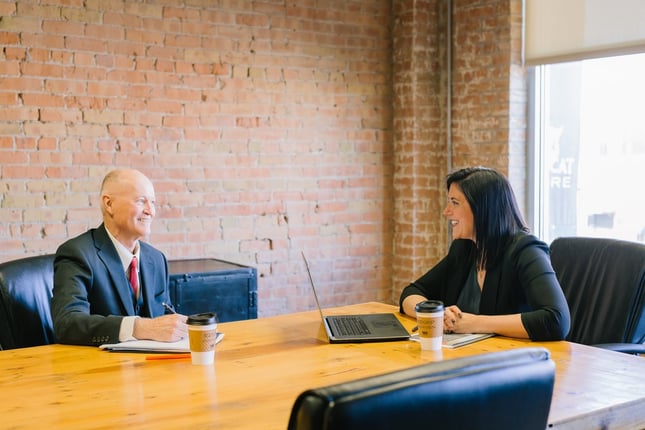 If you’re being interrupted in an interview for reasons beyond clarification, use these lines to communicate your point:

- “There are a few more essential points I need to make. Can you delay a moment while I do that?”

- “I know I will appreciate your feedback, but can you hold off until I’m done?”

- “Sorry, I want to finish this thought/response/answer” 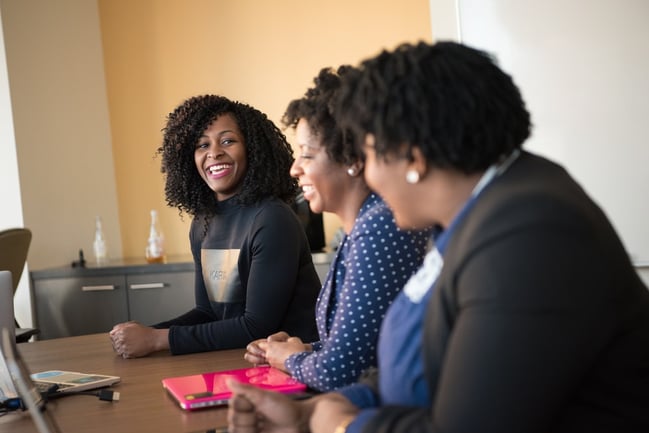 Linguists and psychologists found a speaking style often employed by women. Researchers found this language is even used at the highest court in the United States, the Supreme Court. According to this theory, women frequently use questions to modify a statement or overly polite language when interacting with other people. This is called the “female register”. Take a cue from seasoned, female Court Justices and drop this phenomenon during an interview. Instead of saying, “''May I ask?' or 'Can I ask?' or 'Excuse me” to enter into a discussion or to make a point, use the language of men. They use less polite phrasing. State your suggestion or idea at the beginning; don’t ask permission to contribute. 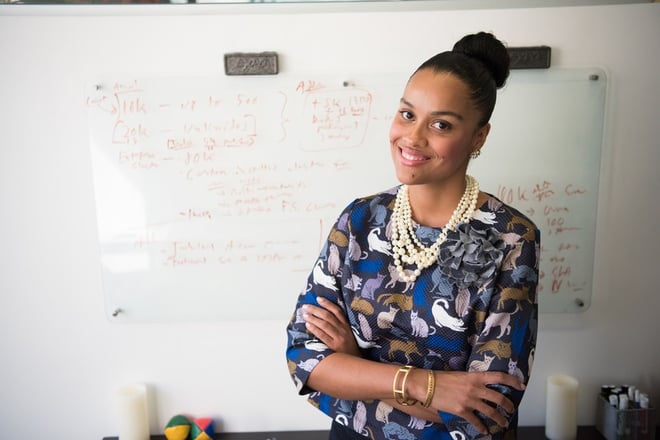 This is obviously unfair, as it showcases that being a man is the standard in a conversation. But your short-term goal is to communicate your demands, goals, and experiences during this interview. First, rethink how you construct your sentences. Most men use shorter sentences to communicate their ideas. It also makes it more difficult to interrupt. Second, speak with conviction. Switch out phrases like, “I think” to “I know” or words like “might” to “will”. Adapting your language and communication skills will only benefit you during your interview. Whether it’s talking with a man, a Gen Z, or someone with a different ethnic background, this skill demonstrates a woman’s resilience to adapt to reach their goal. 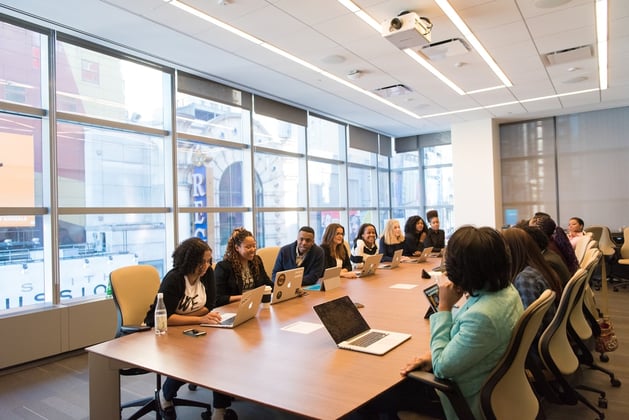 If hiring and recruiting if an interviewer keeps interrupting, bolster your prepared lines and shortened sentences with assertive body language. In short, take advantage of your physical space. Women tend to hold their arms and legs closer to their body compared to men. When talking about a point, try to integrate hand movements to make a point. Use Sheryl Sandberg’s famed line and “lean in”, elbows on the table, arms spread, hands folded, and lean into the physical space of the table. Women tend to look away during a conversation or lean away. During an interview, make frequent eye contact and face your body towards the interviewer.

Before the interview, prep your body to increase testosterone---the hormone linked to boost confidence. This works for in-person interviews, video interviews, or when you need to confront your neighbor to please keep their dog from chewing on your mailbox (again). Do the “power pose”. Stand with feet more than hip length apart, hands on your hips, and back straight. Stay like this for 5 minutes. Science has found that testosterone levels rise by as much as 20 percent and cortisol levels sink by about 25; the rising hormone is linked to confidence while the latter is linked to stress.

As one researcher put it "If women are constantly being interrupted and they're not able to ask their questions, they're being kept out of both that information role and that influential role”. When answering an interview question, your goal is to communicate what you have to offer. The whole of an interview is to show your potential employer the amazing work you’ve done or how you’re the person to pull off the job. You’re there to advocate for yourself, not please the interviewer.

Again, men often unconsciously interrupt women during the interview process. This is akin to other forms of bias that often occur during hiring and recruitment. While companies are working on increasing diversity and decreasing bias during interviews through methods like pre-employment assessments or AI-powered CV scanning, the human component is still “updating”. An interviewer may come with unintended biases, but your task is to navigate around them in a professional way that’s respectful to your unwitting employer and yourself.

So look ‘em in the eye, lean in, and make your poise a phenomenon in itself.

Create a Fair Recruitment Process at Every Stage, Or Else