The Ingredients of an Effective Team: Know Communication Style

“Teamwork makes the dreamwork” is the not-so-scientific term that refers to how teams do things an individual or even a group can’t. Teams are characterized by a special sauce, or synergy, where individual efforts and skills make up a greater sum than its individual parts.

It’s a word often associated with group work. However, ask any professional football or basketball player and they’ll understand the difference.

Teamwork and having a group work together are two varied things, though they’re often confused for the other.

Companies need excellent teams. The best teams are characterized by communication and complementary skill sets. At the base level, team members have to be communicators and understand how the other receives and analyzes information. Everyone receives data and information differently. Team members’ personalities often refer to their communication style. Some personalities prefer facts while others prefer emotion or symbols.

How does personality affect communication style?

Beliefs: Team members have their own belief of what’s important, desirable, or worth to pursue. There is a general split between how certain personalities approach belief, for example. Skeptics are those who need proof before they accept something as accurate. Generally they score high on openness, but do value evidence. Believers are those who don’t necessarily need proof and often take things on faith. Whether team members are skeptics or believers determines how they will process directions and general information about a project or a team goal.

Action: The value system guides behavior and decision making. Some team members believe in fairness, so are likely to evenly distribute work. Others prioritize giving, so actually may be the ones prone to pile work on themselves, rather than delegate. Even the smallest of actions---from hanging toilet paper, how you shop, or other small work habits---can tell you about a teammate’s personality.

If there’s one team member that scrutinizes the code, the presentation wording, or the sound waves on a company video, they may be the person who deeply checks in the ingredients of a toothpaste. Research found those who score high on analyzing information tend to score high on conscientiousness. Those who scored low on cognitive reflection and didn’t bother with details preferred more general information. 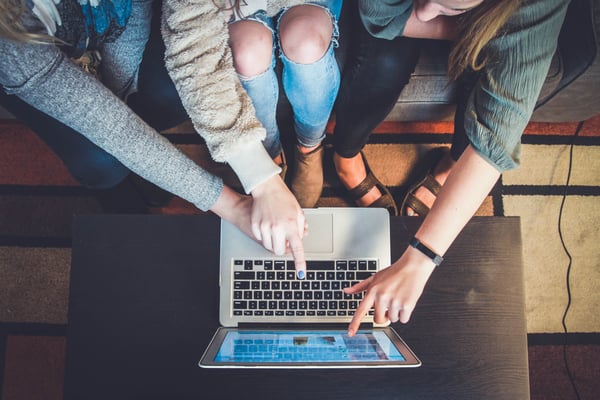 Since the effectiveness of a team is based on how well they communicate, it’s essential to understand which team members fall under which personality types.

Personality is usually defined by the set of behaviors, feelings, and thoughts that arise from a person’s biological and environmental state. While there’s no set definition behind the word “personality”, psychologists define its traits along 5 dimensions: introversion-extroversion (also spelled “extraversion”), agreeableness, openness, consciousness, and neuroticism (i.e. emotional stability).

For example, agreeable people tend to communicate with extroverted people. Extraverts are sensitive to rewards and social attention. Individuals with high Agreeableness value common goals and interpersonal harmony. Team members who score high on Conscientiousness tend to value personal fulfilment and tidiness. For those who score high on the Neuroticism dimensions, these are team members that are sensitive to uncertainty and threats. Colleagues scoring high on Openness tend to be the ones to offer creativity, innovation and intellectual stimulation.

Team processes are affected by team management which are derived from individual capabilities. Teamwork requires communication styles to be one of the processes that have been aligned. Talent management teams understand why it’s essential to dig deeper into employee’s strengths and weakness to give them feedback about not only how they view the world, but also how other people may orient themselves.

Assessments like Retorio offer teams to reach their goals, effectively and efficiently. With clearly defined goals and requirements, teams can do nearly everything---especially when team leaders know what values each member brings to the table.

Companies, like BMW, leverage Retorio's AI to support their own talent management teams. Our video-based AI was featured in TechCrunch and Süddeutsche Zeitung .

Here to Help: Get the Critical--Digital--Infrastructure You Need, Free

When a Crisis Sideswipes Your Business: Here's What to Do